Observations of a Prison Lawyer 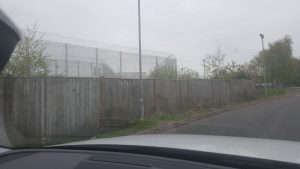 The Prisons and Courts Bill was designed to transform the lives of offenders and put victims at the heart of the justice system. It was supposed to look at prison safety and reform. These are areas that most people would agree were in dire need of being addressed. On the day that the Bill was scrapped due to lack of parliamentary time ahead of the general election, I found myself in a local privately-run prison. I left feeling rather depressed.

The police were outside the main gate. The officer taking me over to legal visits told me that there had been numerous “incidents” that week with assaults over Black Mamba. There was an incident ongoing, resulting in me having to wait over an hour to see one of my three prisoners.  I then had to see them in quick succession. As a prison lawyer, you ensure that your clients have a voice and that their issues are heard. This is not easy when you end up having to rush through your appointments.

The Legal Visits area was manned by staff who did not ordinarily work there. Several prisoners were introduced to me until they finally found my clients. The trained Visits staff were “caught up elsewhere” in the incident.

As I walked over to the Visits area, a young officer was wished a “Happy Graduation Day” by my escort. I could not help but feel sorry for this new member of staff. She was clearly full of hope and expectation about what her future may hold. Until prisons receive attention from the government, I cannot share her optimism.

The issues for many private prisons include the lack of experienced prison officers and a lack of funding and resources. A client once remarked told me that it was very easy to manipulate the young staff on minimum wage. Offer them a couple of hundred to bring something in, and (occasionally), they would do so. That gave the staff a false sense of kudos with the prisoners, and their manipulated relationship would often continue.

I hope that in fact, it is the minority that would really fall victim to this tempting arrangement. However, when you hear about the level of drug taking in prisons today you cannot help but wonder. Of course, there are many other ways of bringing drugs in. Family, friends, and drones…. An increasing problem locally and across the country, with 6 drones being seen over one local establishment last weekend.

But take a prison officer aside and ask him if he thinks some of his colleagues contribute to the problem. You may find that he or she may say “yes”.

Prisons are in a state. Everyone knows that. There is little public sympathy overall, for the criminally convicted. Yet most of my clients would agree that they deserved a prison sentence. The concern here is not imprisonment itself. It is the fact that people detained may end up with a drug habit, or that their lives are put at risk.

Documentaries have demonstrated the very real “Take a Punch for Mamba” issue. This is where prisoners agree to receive a “free” punch to the face. If they submit to this, they may receive Black Mamba in return. This is happening every day. I have clients in several prisons who report horror stories to me.

One IPP recently found himself recalled to prison on licence for a relatively minor issue. (Happily, we secured his re-release.  IPPs are a whole other blog!). He had served around 9 years initially. During that time, he of course knew about prison life, and he kept himself out of trouble.

After less than 1 year in the community he was back in closed conditions, at another privately run prison. He was shocked about the conditions and what the prisoners were now up to. Mamba was rife on the wing.  When one new prisoner dared to visit the toilets, most of the wing followed him believing that he was about to pass drugs. One can only imagine how terrifying that situation would be for the new prisoner and the ordeal he had to endure.

With 2 prison officers to a wing of 80-90 prisoners, it is little wonder that prisoners fear for their lives. I could say that it is only a matter of time before something serious happens, but we have all heard about the prison riots that have occurred over the last 12 months or so.

The IPP was a hardened prisoner, who was terrified of the system and how it had changed in such a short space of time.

This should be a lesson to us all. Experienced staff should be present to deal with issues of security and drugs. Resources are urgently needed. Rehabilitation is supposed to be paramount to reduce the risk to the public. Unfortunately, Offender Behaviour Courses are difficult to access due to the lack of funding. Prisoners are left to languish or simply to count the days down to release.

Finally, as deaths in custody rise, the safety of prisoners needs to be desperately addressed. Our prison system is over-stretched and under-funded. Hopefully when the election is over, the government will consider these issues before more lives are lost or changed forever. However, with Brexit domineering most of the headlines, I will not hold my breath.

If you have concerns about a prisoner or about prison conditions, please contact us today. Telephone 01902 275 042 or email info@edenlegalservices.co.uk