X-Factor, Coming to a Motorway Near You Soon 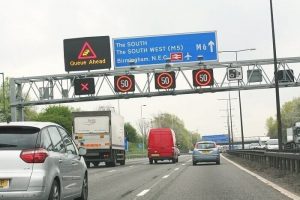 The government has passed legislation which permits for the first time a new traffic camera which will assist in catching those motorists using closed lanes on the motorway network.

The Secretary of State grants type approval only to devices that have a high degree of accuracy and reliability in performance. This is assessed through rigorous testing by the Counter-Terrorism and Security Division of Defence Science and Technology Laboratory (Dstl) formerly the Home Office Centre for Applied Science and Technology (CAST) and the police in the field. Testing ensures that all devices are robust, reliable in operation and can produce accurate readings or images under a variety of extreme conditions. The courts and public at large can, therefore, rely on the evidence they produce.

So-called ‘smart motorways’ increase road capacity by converting what used to be the hard shoulder into a fully functioning traffic lane. If a court does breakdown and needs to utilise that lane, a red X sign is displayed so signal to motorists approaching that the lane is closed.

Regrettably and somewhat puzzling, is the high number of motorists who ignore the lane closure, placing themselves and others at immense risk of death or injury.

The new camera will capture the number plates of offending motorists, and significantly will be admissible as evidence in court – this is likely to lead to a dramatic increase in the number of people being given fixed penalties.

If you need specialist advice, then get in touch with Stephanie Brownlees, Sebah Naz Baig or Hashmita Patel on 01902 275 042 and let us help, we deal with all manner criminal offences on a daily basis and have the expertise to get you the best result possible.